Understanding the Experience of Canada’s Women on the Farm

My life’s work has been agriculture, in both the field and the boardroom. For over 25 years, I’ve led P.R., business marketing, and communications strategy across all ag sectors. I was blessed to grow up on a farm in Canada, and today, I continue to contribute to the beef industry in Alberta, along with my husband, as owner-operators of a working ranch west of Nanton.

I’ve always believed women should be at the business table—on the farm and in the boardroom— but I also believe the “best” people should be there based on their own merits and not simply gender. Luckily, I’ve worked with organizations that value every voice in the room. Often, I was the only female there. I am also lucky to have a husband who values my role on our ranch.

Conversations about women in ag tend to focus on the difficulty we have receiving equal value in business dealings, whether we’re buying equipment, managing finances, or running the whole show. But, to be meaningful, today’s conversation about women in ag needs to work harder. We need to understand the issues, and articulate the incredible future farming has under the leadership of women.

Recently, I had the pleasure of speaking with Heather Watson, Executive Director, Farm Management Council, about their National Farm Women Study. The study is a partnership between Farm Management Canada and CentricEngine Inc. with support from a number of industry partners.

“It’s an important and timely research project that will serve to expand opportunities for Canadian agriculture by providing a better understanding of the experiences, aspirations and barriers faced by women on the farm,” explains Heather.

Much has been said about the experiences of women on the farm, but little has been measured. When the research project began, Heather’s team went looking for corporate history or historical information about women’s roles on the farm, expecting to find tons of information.

“We really struggled to find any information specific to what is happening for women on the farm. So, one of our biggest findings to date was that, while there is a lot of anecdotal information about the experiences of women involved in farming, there is no known benchmark we can build on, or even use as a point of comparison,” Heather says.

Yet the most recent Census of Agriculture reports that females count as 28.7 per cent of farm operators in Canada. There are 77,830 of us, and ample anecdotal evidence to suggest that women are positioned to influence decision-making in ways that go far beyond census measurement. For example, the majority of graduates from Canada’s post-secondary ag programs are now female, which suggests the proportion of women farming will continue to rise, and that the expertise they bring to their work will strengthen.

When it comes to comparing work on the farm to working in the corporate world, there’s a lot more here than meets the eye, Heather says. “Things can be very different because of the many factors at play when you’re working on the farm—working with family, for one thing.”

These are two entirely different scenarios. One, the corporate culture, is supported by human resources and organizational structures. The other, the family farm, is not. In the family business of agriculture, it’s a challenge for women to be recognized for the value they bring, especially when traditional expectations don’t resonate, and especially for those coming from outside a generational operation.

Supporting women to help women is a worthy goal

The research project is extensive. To date, the team has completed an environmental scan, conducted over 20 in-depth interviews with farm women, and held a focus group with their steering committee. The information collected has been eye-opening, powerful, and diverse.

One finding so far that might not be a surprise is that women are often the biggest barriers to other women’s success. Traditional roles on the farm clash with contemporary ideas, causing relational difficulties in intergenerational conversations. Even if a farm husband doesn’t care whether his wife cooks, her mother or mother-in-law may be critical.

“A significant number of women we spoke to say the pressure they feel doesn’t come from themselves or their partners, but from females of the previous generation,” Heather says. “Elders may question roles chosen by younger women, saying things like: “What? You’re not tending a garden? Your freezer isn’t full of homemade pies? How can you call yourself a farm wife?” For women choosing alternate roles, the right response is often: “I don’t call myself a farm wife. I’m a farmer.”

Wrapping our heads around terms that don’t quite fit

But even the existing literature and common language use of terminology around farming present complications. The team spent considerable time discussing this early in the research, Heather says.

For example, what does it mean when we use the term “farm women”? “Some people say, “women on the farm, some say “farm women,” but there are many nuances. Does it mean simply living on the farm? Or does it describe women who work on the farm? In most cases, those living on the farm also work for the farm, but women’s involvement goes all the way up to being sole operators, and we need to somehow account for all of these variations to understand the whole picture,” Heather says.

Even using the term “farm women” is questionable. “It’s totally acceptable and reflective of what we’ve seen in the literature, but you wouldn’t say “farm man,” would you? You’d just say farmer,” says Heather.

Yet, some farm women are uncomfortable being called “farmers,” because they don’t think they meet the definition. “This is important for our industry. If we send out a study and ask “farmers” to complete it, some women won’t, because they don’t identify with that term,” says Heather.

The research project hopes to rely on quantitative and qualitative research to describe what’s working and not working for women, considering goals, motivations, and barriers. To accomplish this, researchers must connect with women who represent a range of levels of involvement.

“We wanted to find large scale farms owned and operated by women. Initially, we thought this would be difficult but, as we dug into it, we found many. Often, they will say they farm with their husband and other partners, but when you dig deeper you learn that, while the ownership may be divided, the authority in decision-making is all hers. So why aren’t we talking about this more openly?” Heather questions.

On the other end of the spectrum, many women are trying to juggle work on-farm with an off-farm career. “Some women say farm duties get in the way of their professional goals. They are struggling to find a way to pursue their own goals without negatively impacting the farm’s success,” says Heather.

The next phase of the study includes widely surveying a representative sample of farm women across Canada to develop empirical data. Questions will support a greater understanding, such as: How did you get into agriculture? What’s your position on the farm on paper? What’s your position in terms of actual labour distribution? What about decision-making?

“We’ll also collect data on attitudes and opinion-based topics about whether women feel their on-farm contributions are valued, whether their skill sets are used wisely, and what barriers they encounter and overcome,” says Heather. “It will allow us to see emerging patterns and draw important conclusions.”

The team’s goal is both to understand the current situation for women on-farm and, perhaps more importantly, form an understanding of what it means going forward. “What does this mean for the programs, services, resources, and policy-making available to support farm women in the future? Ultimately, this is all part of helping Canadian farms succeed,” says Heather.

The Farm Women study, led by Farm Management Council (the only national organization dedicated exclusively to the development and delivery of leading-edge resources, information, and tools to support farm business success), is now in its final stages, and a full report is expected later this year.

“It will be incredibly helpful to provide empirical data to inform a path forward to support farm women,” Heather says.

As a farm woman and a professional in agriculture, I believe it is up to us to earn the respect of the industry. The future of farming depends on it. The benchmarking of experiences of women on-farm through this study will help, describing not how they contribute, but how they access capital, and opportunities to move the industry forward.

The conversation needs to go beyond recognizing equality, which in itself is limiting, to remove barriers and create new opportunities that elevate the recognized value of women in all sectors of agriculture but, most especially, on the farm. 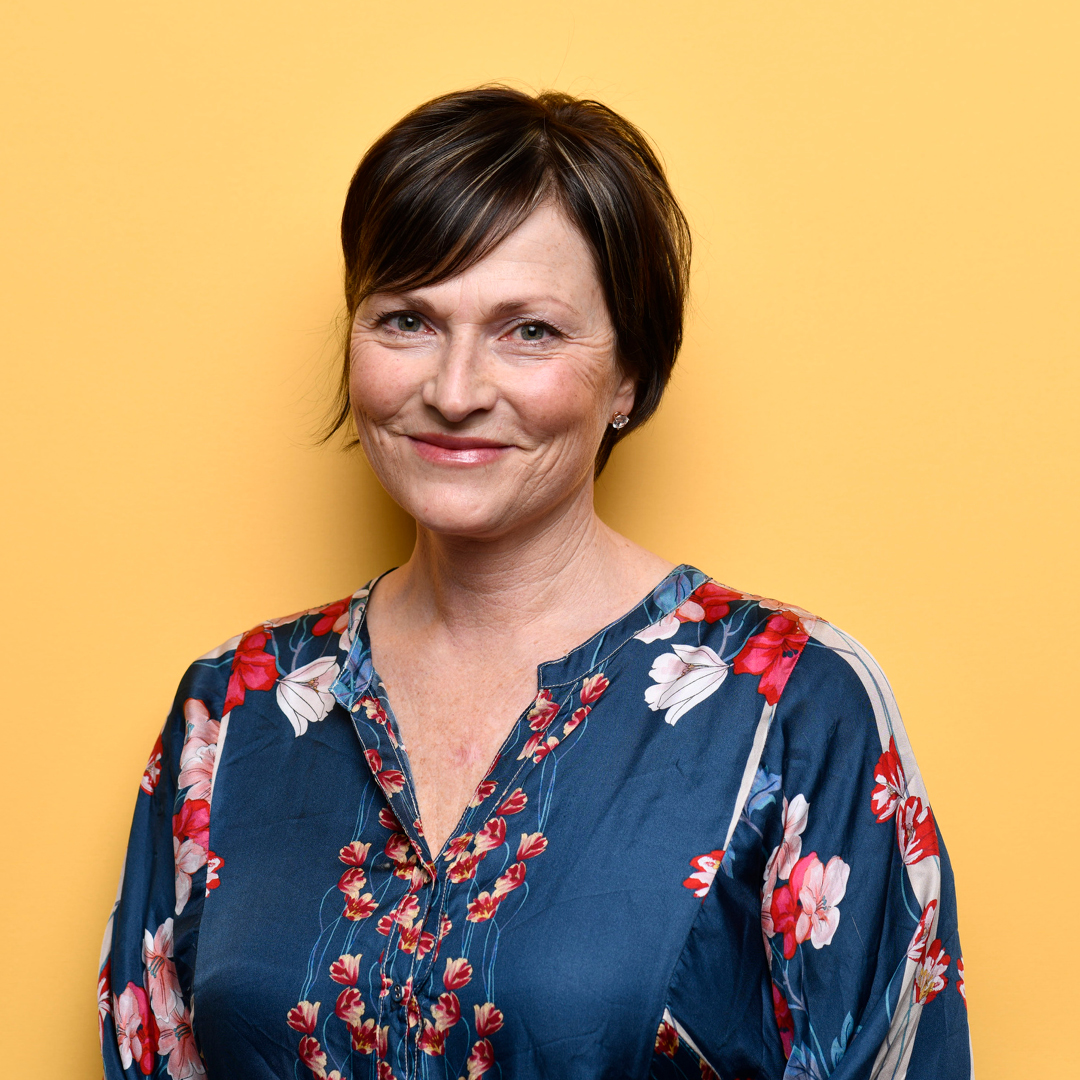 Laura has over 25 years of leading teams and clients in business development and advancement. Specialized in Public Relations and fueled by a grass-roots passion for agriculture, Laura’s pulse on the industry and respected advisement spread across multiple industry channels— from animal health to crop production, ag financial, industry and government organizations - to name only a few.